I’ve been using the series 4 since the last week of September so wanted to put down some thoughts on my experience and if I’m glad I updated. 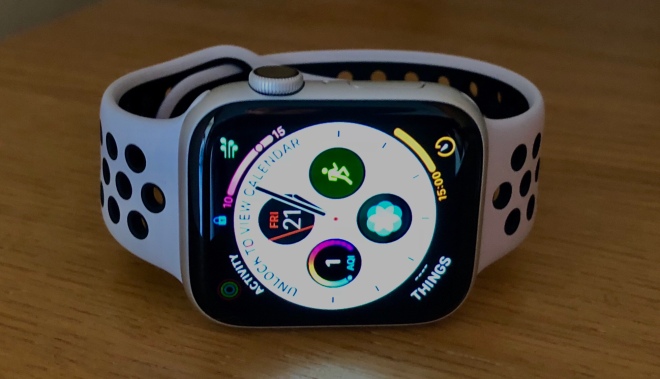 My model is the 44mm base one without cellular. I’m liking the silver over the space grey this time around but still look at the stainless steel with some envy. For me I wasn’t paying another £300 for the finish, I was never going to be using the cellular connection. The picture above is my most used setup, platinum Nike sports band, which I think looks great with the silver.

In day to day use it’s the performance that’s won me over with the series 4. I wouldn’t say I’m noticing a big difference in the screen size but I always come back to how much more responsive the interface is. For example in doing a workout on my series 2 I’d quite often have to tap multiple times to get a workout going. Now I just tap and it gets going straight away.

In terms of charging and battery performance I’m seeing no improvements over the series 2. Battery had never been a problem since I moved from the original Apple Watch up to the series 2.

This site uses Akismet to reduce spam. Learn how your comment data is processed.