If you’ve followed me long enough you’ll know I’m partial to the Hasbro legends series of props. I’ve got the Captain America shield and Infinity Gauntlet but wanted to complete my MCU phase 3 collection with one I’ve been after for a while. 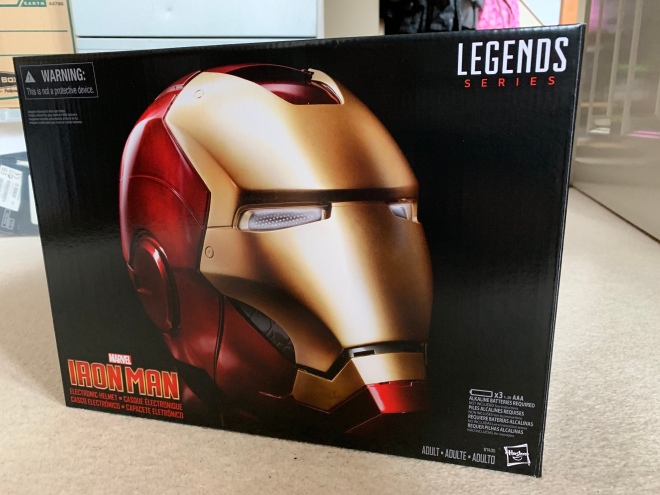 It’s been out since 2016 but was stopped production for a while. Well this year it came back and I managed to score one using Forbidden Planet. 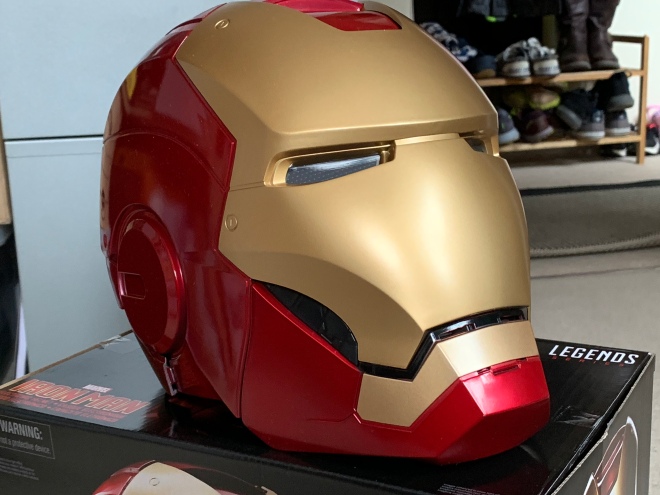 It’s wearable and is made up of a couple of parts. The main helmet and removable faceplate. 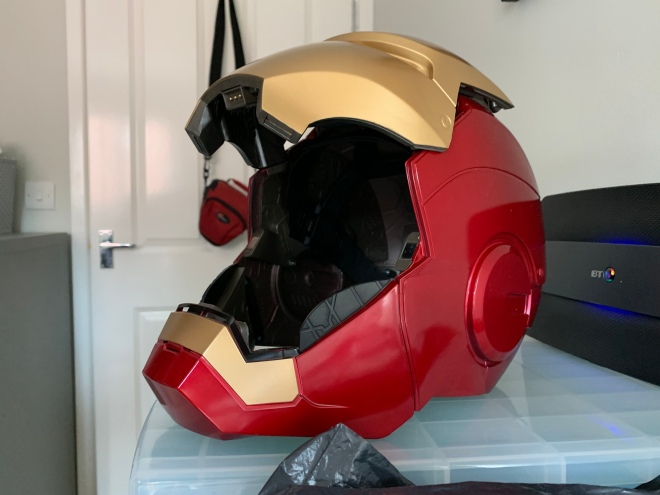 The faceplate is attached with magnets and you makes some noise once attached. This’ll need three AAA batteries if you want the ability to do the electronic stuff. 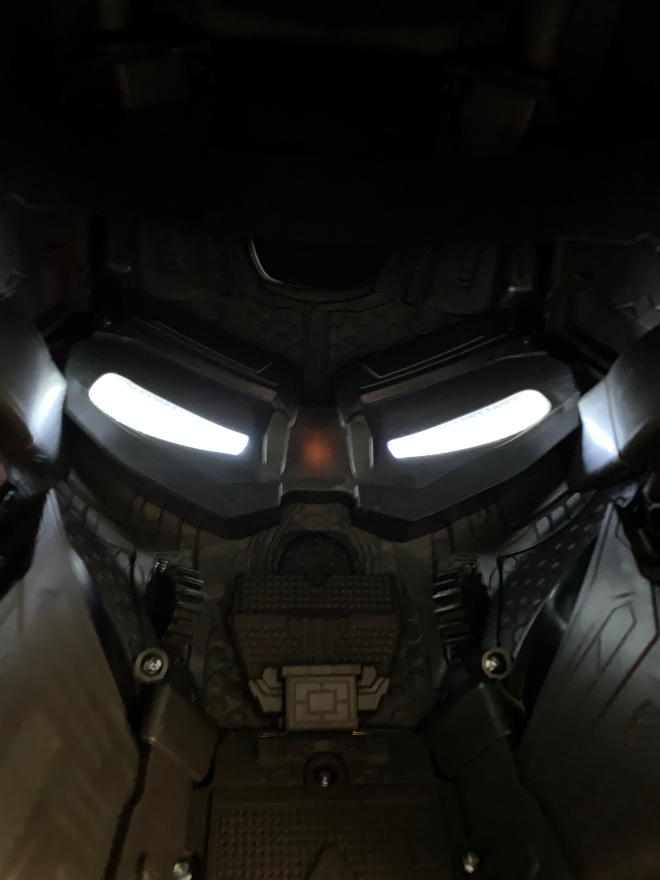 Once attached the eyes glow, you can adjust the brightness of this if you are wearing it for cosplay. There’s a button inside the helmet to adjust this. 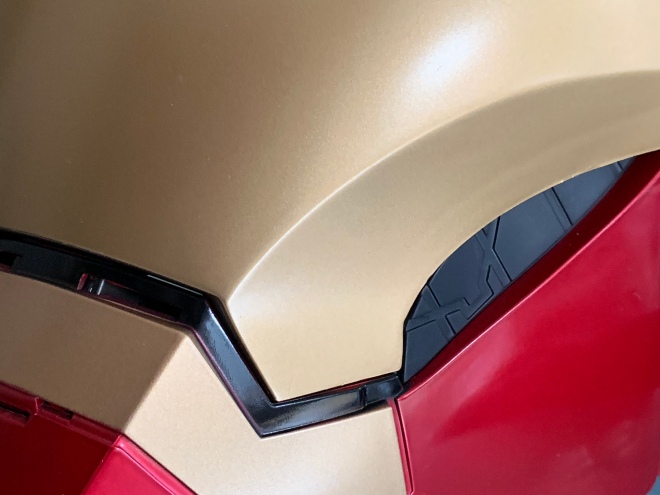 It’s made up of hard plastic and sports a really nice (but fragile) paint job. It’ll easily scratch so be careful if you want to keep it in pristine condition.

For me getting a prop you can display for under £100 is a steal and I’m constantly impressed with how good the Hasbro Legends series is for the money. 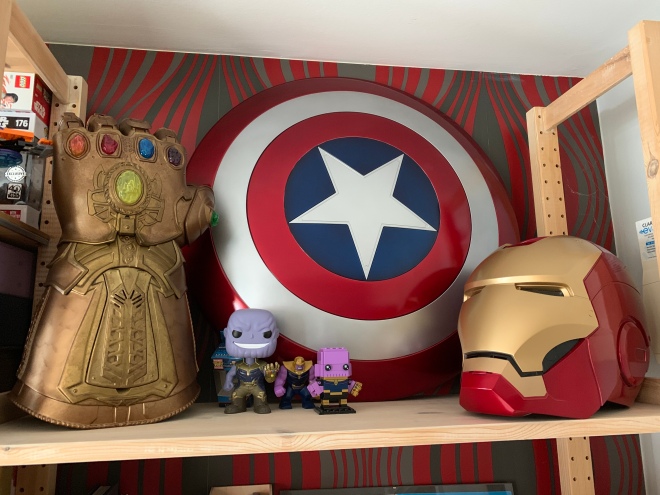