When shopping for noise cancelling headphones it seemed like these two were the clear choices but which one? I tested both headphones and ended up with the Bose, here’s why.

The ear cups on the Bose are larger so my ears fit well within them. The Sony are smaller so the cushion sat on my ear and meant that they got a bit hot after only a few minutes. I find that the Bose don’t get hot as there’s more air circulating. You definitely need to try on both to see which suit you best here. I forgot I was wearing them after a while but with the Sony as these cups are smaller my ears would just get sweaty and I’d be wanting to take them off.

The Sony are definitely leaning more towards being good for hip hop and electronic. I listen to all kinds of music so wanted something that sounded good for all of it. I go from listening to Nine Inch Nails to John Williams in a day and found that the Bose to my ears had the most flexibility. With the Sony you do have the ability to tweak your sound via their app however and with Bose you don’t, something that I’d like to see via an app update.

When testing this in a crowded store I felt that the Sony did a better job of filtering out chatter. On using the Bose at home it does a great job of cutting out background TV noise and sounds from outside.

I’m not sure Bose justify their cost over the Sony (£100!) in noise cancelling but the build of them is superb. They definitely (to me) feel more premium and a more thoughtful design. 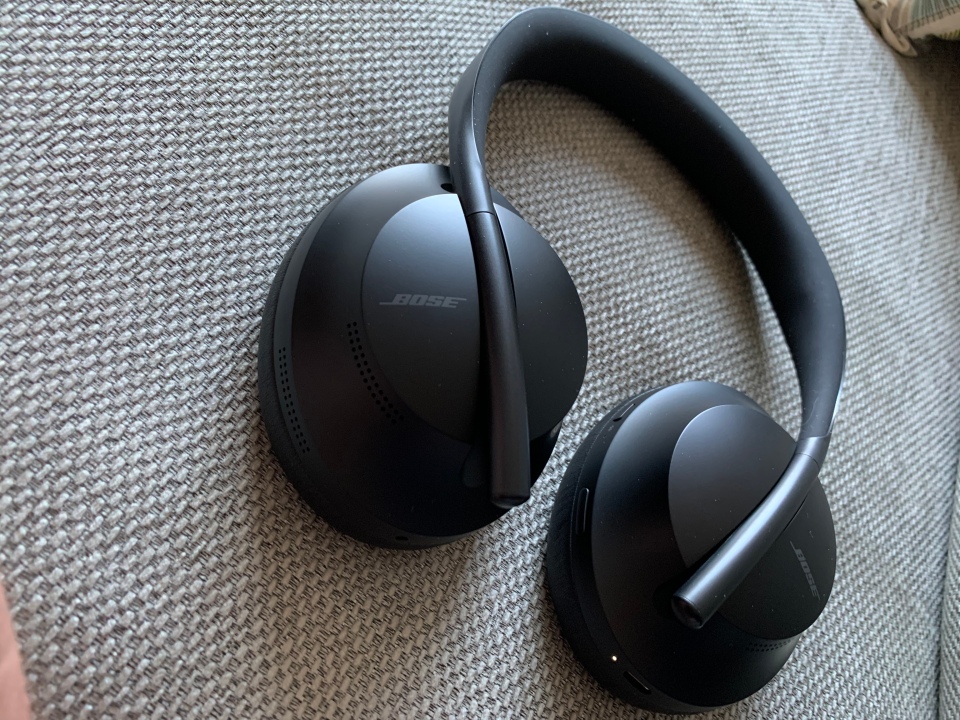 There seems to be a divide on the Bose but personally I love how they look. They aren’t much different in weight but they Bose felt more balanced on my head.

Both connected ok via settings on my iPhone. The advantage that the Bose has here is you can pair them to more than one device at a time meaning you can seamlessly move between iOS devices, for me that’s my iPad Mini and iPhone. They also support a newer Bluetooth standard so the range will be better than the Sony.

Headphone choice is very personal and the only way to be sure is to try both. If you live in the UK the best place I’ve found to do this is John Lewis as they have them all setup for you to test. I picked mine up from the Apple Store as their generous return policy extends to headphones so you can test in the safety of knowing you can return them if it doesn’t work out for you.