I still have mine, on an old iOS but like the original iPhone I keep it around to remember where it started and how far we have come.

The most striking thing about picking it up again is the weight and thickness of the device compared to the 10.5″ iPad Pro that I use on a daily basis. The original iPad (WIFI) weighed 1.5lbs compared to the 1lb of my current iPad Pro. 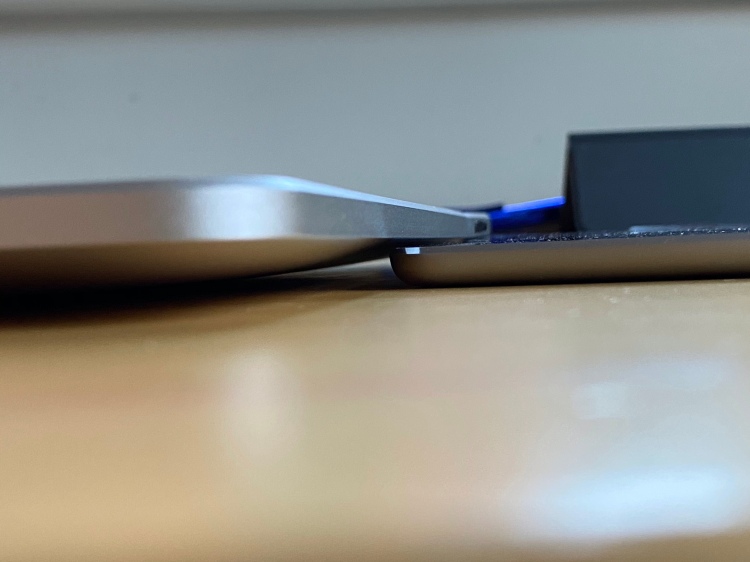 I think the image above illustrates it well where you can see that the 10.5″ fits underneath the bulge on the back of the original one. This would be even more extreme if I had the most recent pro, but even with the 10.5″ it’s pretty awesome seeing how far Apple have come in 10 years with the hardware. Even with the Smart Cover attached it’s thinner than that original one.

Looking at the (dented) side on mine I still miss the mute switch but I do prefer the metal buttons on the iPad of today.

Looking at the bottom we have the older dock connector and a small speaker, I haven’t tested it but the stereo speakers in my 10.5″ regularly get used as a speaker for the office and sound great.

The bezel also stands out, even with my home button enabled 10.5″. The home button on the original still works and feels nice when pressed, still has a nice click to it.

When it comes to storage mine is 16GB compared to the 256GB on my 10.5″, I thought it would have been 32GB but maybe I went for the cheaper version as I wasn’t sure how much work I would do on it (turned out quite a lot).

I’ve still got the Apple cover, which has leaked it’s dye straight onto the aluminium so the back of my iPad is kind of purple these days. 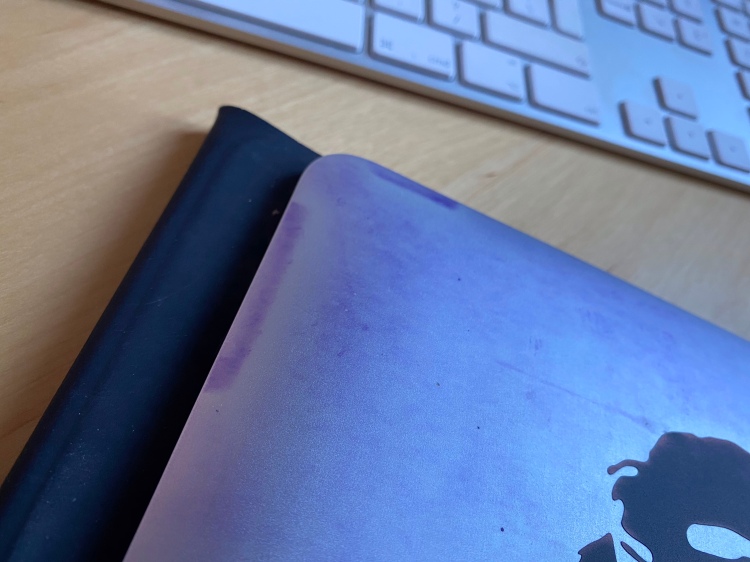 Something that you’ll notice with the above shot is the fact that it doesn’t have a camera, something that all iPad’s come with now but to honest I rarely use. I literally can’t remember the last time I used it.

Looking at the differences in screen is another major difference. I’ve tried to illustrate that with the images below best I can, you’ll also notice the bezel difference.

It’s been interesting to see how far we’ve come in 10 years with the iPad hardware, it still feels like the future and has become my platform of choice. I get so much flexibility from using one day to day, be it using the keyboard or pencil or just using it sat on the sofa. It’s given me so much opportunity to be more creative and I couldn’t imagine what I’d be using now if it never came along.